How can one man design shoes that can be both provocative & ladylike at the same time? Plan & simple: he's a creative genius who was influenced by Parisian showgirls. Enough said really. His shoes are theatrical & Parisian. They SCREAM with edge and sex appeal and yet can be so pretty, dainty and the absolute epitome of a luxury shoe. They are designed with such extremities. Patent leathers, a multitude of studs, french laces, frills and tassels. They definitely make a statement. No wonder celebs are nuts about them. But, so am I. 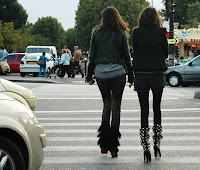 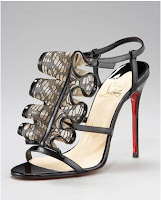 Ever since I saw Carrie wearing the infamous pink frill Louboutins in SATC I fell head over heels in love. I remember googling SATC+PINK FRILL+RED SOLE. I had to remind myself that Manolo Blahnik would always be my first love but I more was than willing to cheat. It wasn't until a few years later that Americans then Australians caught onto the hype and finally started stocking the exotic shoes turning Louboutin into quite the epidemic.

The Pigalle was the first Louboutin shoe I gazed at for prolonged monthly intervals at a Sydney department store. They had a sky high 120mm heel, leopard print patent leather. Heaven. David Jones Sydney department store had just brought them in and I was so in love but also very broke and a student. There was no chance they would be going home with me. 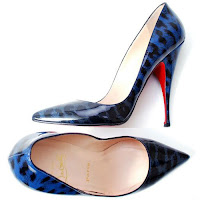 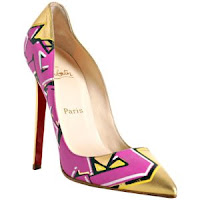 I also fell in love with the graffiti version...♥

Since then, I have fed my fetish just a little and bought 2 pairs...(although it's sure to increase in the following months). 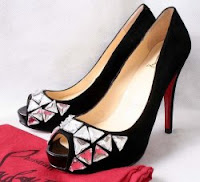 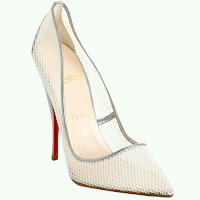 Love since my sister and I saw them in a Rhianna film clip! ♥ and the gorgeous studded...♥...and just so many more favourites...here are but a few. 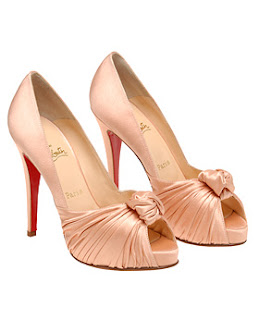 Such a beautifully practical shoe...they would match anything! 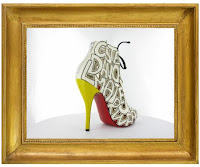 I was amused by the "Let Me Tell You" booties at first and wasn't sure what I thought about them...but now its love... 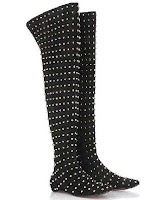 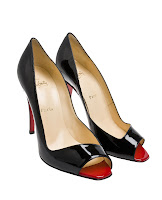 Louboutin makes the most lovely Classics range...simple but stylish and they look like heaven on. 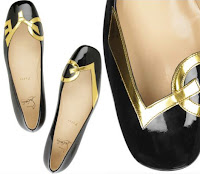 How can I not LOVE he's flats?!

And then Louboutin commissioned some CRAZY shoes for the Rodarte show. 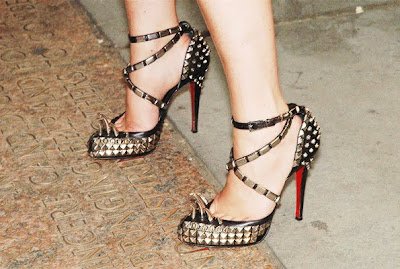 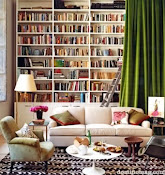